Happy New Years!
Wow! Can you believe it's been five months since I came to Thailand! Because I can't! This year is flying by and before I know it I'll be getting ready to go home! I only have five and a half more months!!! Well, on to other news.
So Christmas came but it didn't really feel like Christmas with everyone else in school and work. As planned, I went to Bangkok to visit Emily and we went to a Christmas diner with a ton of foreigners who happened to be traveling in Bangkok on Christmas. It was fun to talk with them all about their traveling and they seemed shocked that we are only 17 and living in a foreign country for a year! This was Christmas Eve and on Christmas Day we mostly slept and hung out. I Skyped my awesome family back
home and opened some presents they sent me! Emily and I also went to see Night at the Museum 3 which was surprisingly good for a third movie!
On the 26th was Rotary Day! All the RYE in my district were there and it was super fun to hangout with them all! We did a show in the talent competition and did so well that we didn't even place! But we had too much fun to care! We performed in the morning so for the rest of the time we just messed around! My favorite part was the water fight! The great thing about water fights here is that you dry rather quickly and don't mind being soaked because it's so hot here! :) 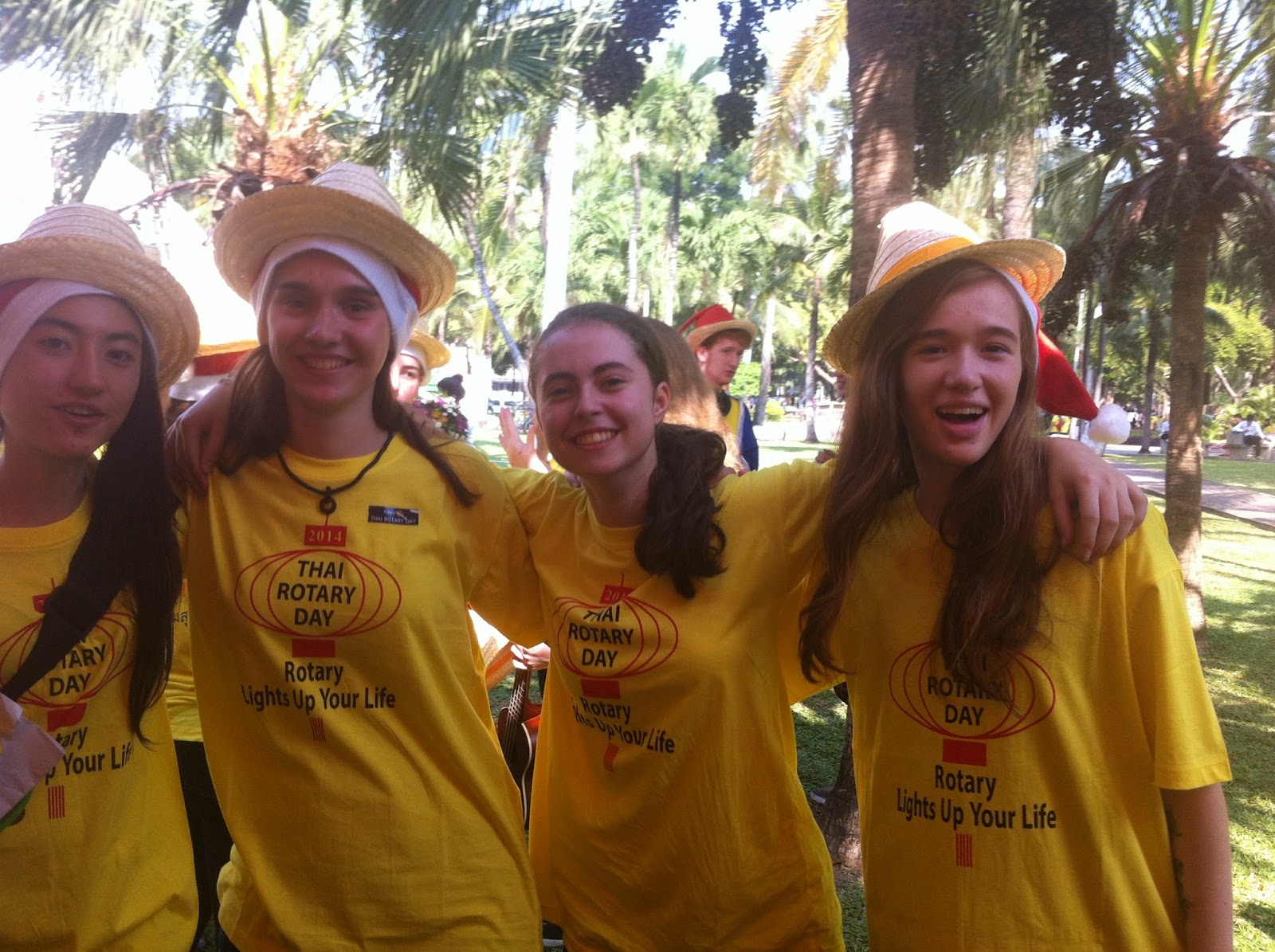 After Rotary Day Emily came to stay at my house for the weekend because she had nothing better to do! We didn't really do anything but it was great to have another American around!
For New Years I want with the people who I think will be my third host family to visit their extended family. I don't know the name of the place we went but their house was right by the Bing River! This meant that I got to not only swim in the river for most the day but I also got to BATHE in a RIVER!
(it probably wasn't the best way to get clean but it was cool to try.) Since there were so many people at the house some of us camped in the front yard and as hard as it may be to believe, it          did feel cold! I never imagined I'd wish for a coat in Thailand!

On the 2nd we left the river house and went to visit the other side of the family! This time I got to sleep inside and on a bed! I spent most of my time entertaining my 2 year old host cousin since he immediately liked me! Plus, he doesn't talk much which I was totally fine with!
Now I'm back home and tomorrow I have school. :( As much as I like school here, getting up at 6:30AM is just not something I will ever enjoy. But I only have about two more months of school before I'm finished for the year (haha I finish in march and don't start again till September!) So I think I'll make it!
Until next time! I love and miss you all!