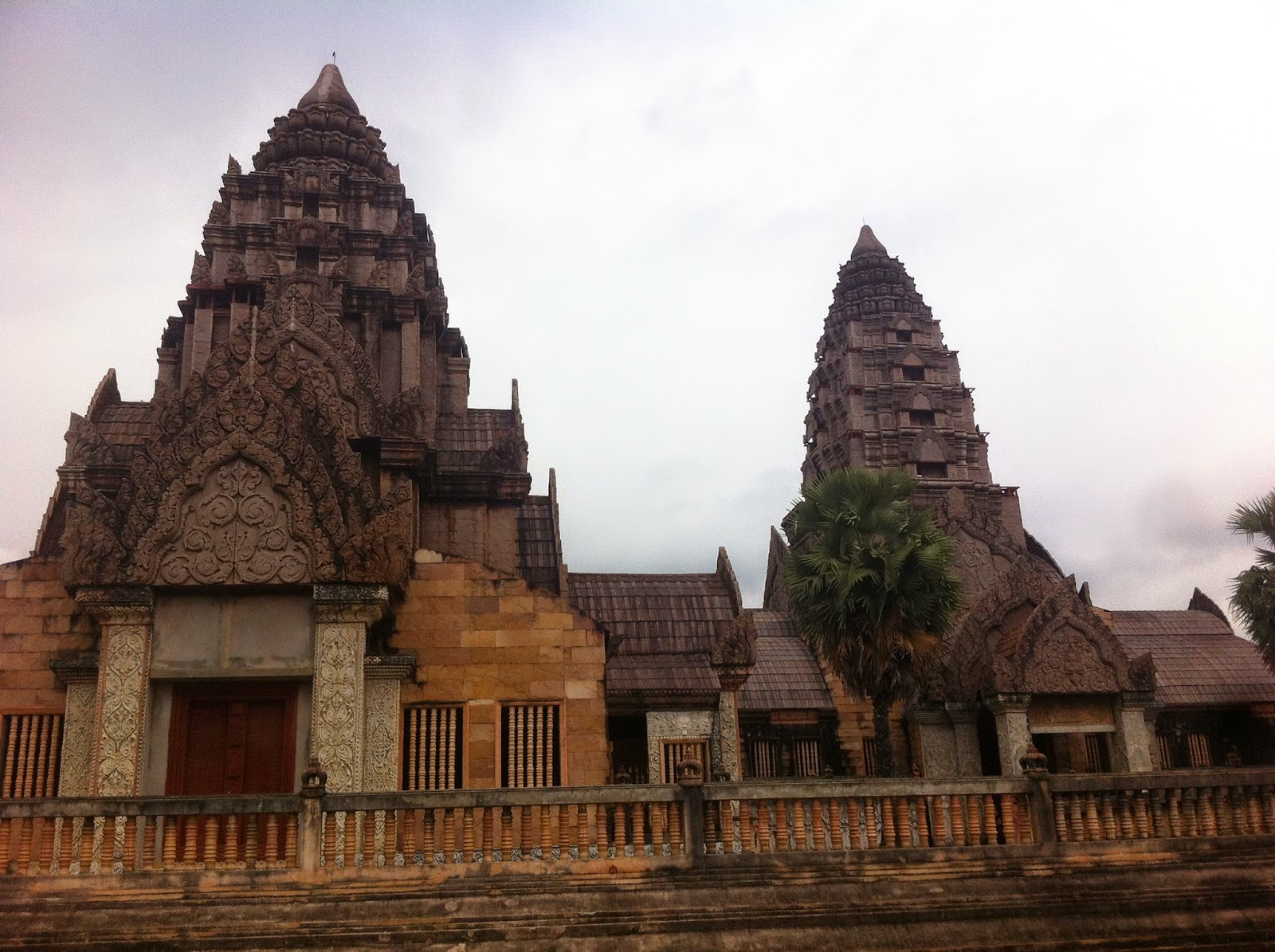 That's right! I just got back from another awesome trip! This time we spent nine days touring the north of Thailand! There were 55 people traveling on 1 bus from Bangkok all the way to Chiang Mai (which is like 445 miles)! There were stops along the way at a ceramic factory where I got to paint a mug and the opium museum which tells about the history of opium in Asia and does not give out samples, much to some of the guys disappointment! We also stopped at the three way river that connects Myanmar, Laos, and Thailand and saw the foreign gardens. This garden has flowers from other countries (mostly America and Western Europe) which amazed the thai students but were fairly normal for all the inbound students.
We also visited temples a lot! We went to one almost every day! My favorite was the White Temple which is supposedly the path to heaven. Unfortunately it was raining so we couldn't go in but the outside was absolutely gorgeous!
Finally day 5 we reached Chiang Mai and had a blast in Song Kran Festival! This festival is to celebrate thai new years! And I must say, they know how to celebrate new years in Thailand! For three days we got to soak people and get soaked! We even got to hang out with exchange students from the north and east Rotary districts!
My favorite thing this trip was going to see a thai dance show with traditional dances from different parts of Thailand! The show was great but what made this part the best was the food!! Best food we ate on the whole trip! And believe me that is saying something! There was so much amazing food in the north! I gained 1.5 kilograms in just 10 days! I really need to exercise more!
What made this trip even better was having the outbound students with us! We really got to know the student who will be coming to our countries in just a few months! During the trip everyone was paired with a buddy! The Thai people had a foreign buddy and us foreigners had a thai buddy! We gave each other gifts and got to know each other through out the trip!
There was also a girl who will be in my rotary district! I hope she is near Olympia!
Up next is the district conference where all the YEs have to perform our thai dance. Wish me luck!