10 Days of Fun and Friends

I have been so busy this last week! Going on trips and having visitors non stop for 10 days! I guess I should start from the beginning so you all can understand just how crazy it's been!
It started two fridays ago on the 3rd. It was five minutes before I left for school that morning when the house phone rang and it was for ME! I mean, who in thailand would be calling my house here? It was my host cousin, Bird, the same person who took me to Kowyai. She asked me if I wanted to go on another trip so, of course, I said yes. She told me to go pack my bag for the weekend and that she would be picking me up in an hour to take me to another city and see another exchange student! That was all the information I got! So I packed and told my host mom that I wasn't going to school but was instead going away for the weekend! Bird came and got me and we were off! 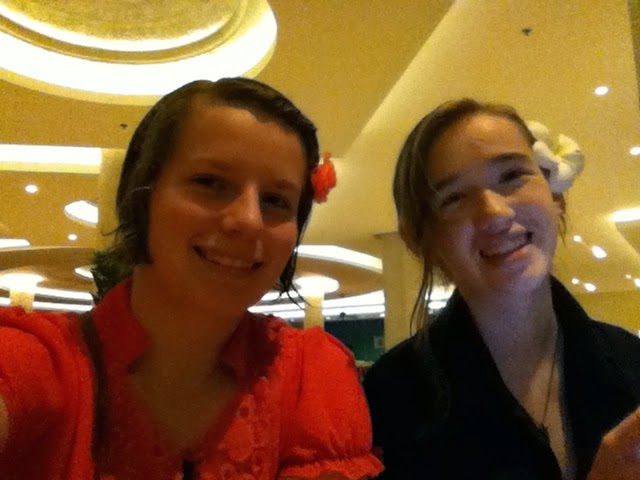 Now what happens when you put six people into a car made for five, add four dogs, and drive at 80mph on a very bumpy road for many hours? You get one very car sick girl named Jen who is sneezing due to her allergy to dogs. The car ride was a nightmare and I was more than happy to get out when they said we had arrived in Lopburi. Next I went with a rotary member who drove me to a birthday party that his rotary club was throwing for their president. This was where I met the other exchange student named Danielle. Turns out that she had no idea I was coming to stay at her house for the weekend.
We bonded immediately due to the fact that we understood each other completely and could actually have a real conversation. The weekend passed rather fast. The birthday party was a bit crazy with loud music and some rather "exotic" dancers. We decided to leave the party a bit early. We stayed up talking way too late! The next day we went bowling with her rotary club in Bangkok and met up with another student named Israel. It was so fun even though I was a terrible bowler! We also got to spend one night at her family's second home just us and we had a total slumber party with movies, a ton of pillows, and junk food! 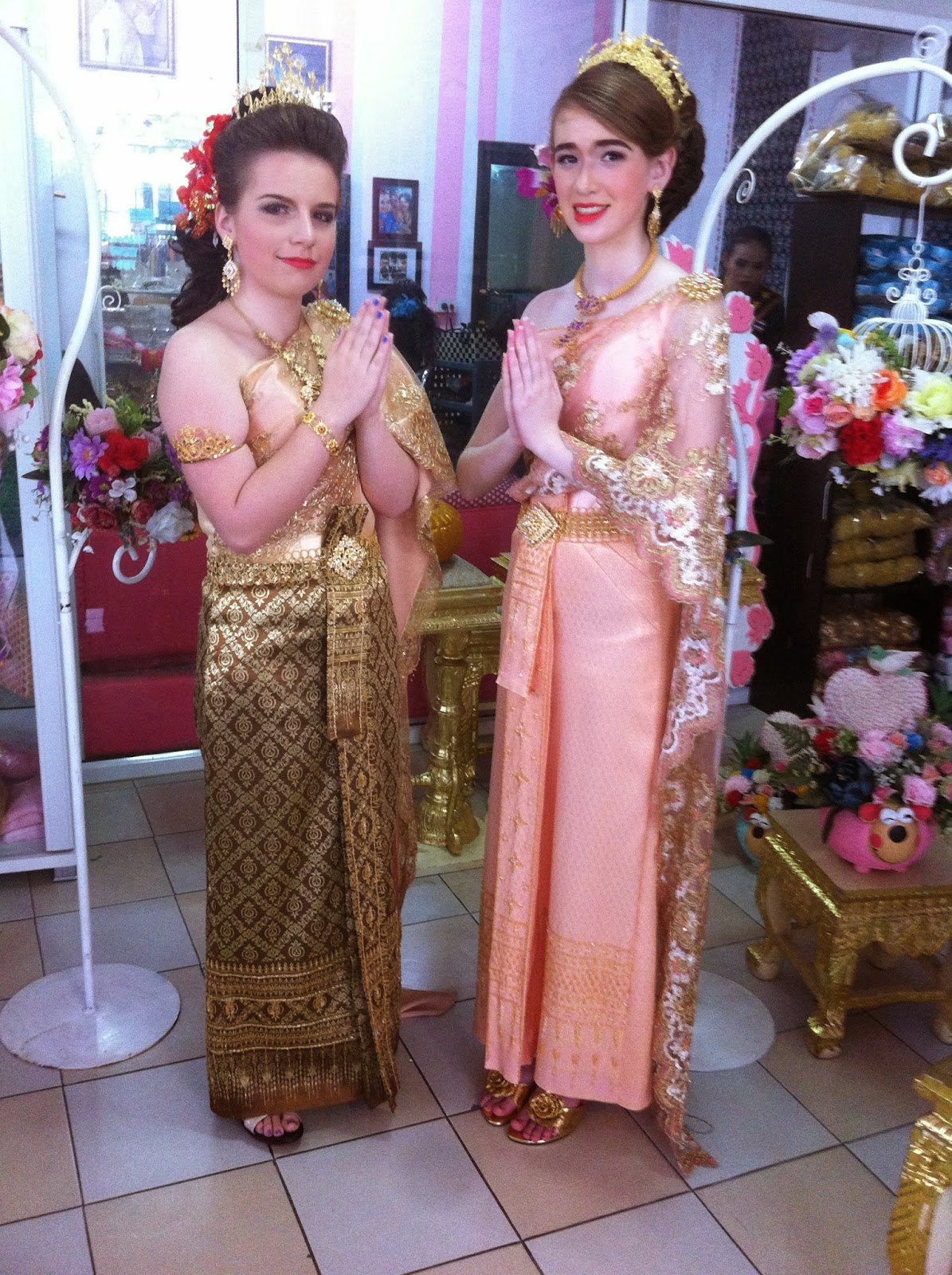 On Sunday night her host dad told us that Danielle would becoming to my house for a week and we were going back the next day! Since I still had school for another week, we went to school on Monday and Tuesday. Monday was rather boring because they were doing set up for tuesday. Tuesday we got to dress up in traditional thai dresses and walk in the parade. It was so cool to see myself in the thai costume. After the parade we watched a couple soccer games and cheered! We didn't go to school the rest of the week though. We were way too tired and used Wednesday to catch up on sleep.

We figured we could relax the rest of the week and just have fun hanging out! But on thursday we find out that we are leaving on another trip the fallowing day! So we spent all of Thursday making sure we are ready for our trip to the south!
Friday comes and we are off to Hua Hin! It is a great tourist town 3 hours south of Bangkok! We did lots of swimming though mostly in the giant pool because the ocean had jellyfish! Though we did find a cocoanut at the beach! 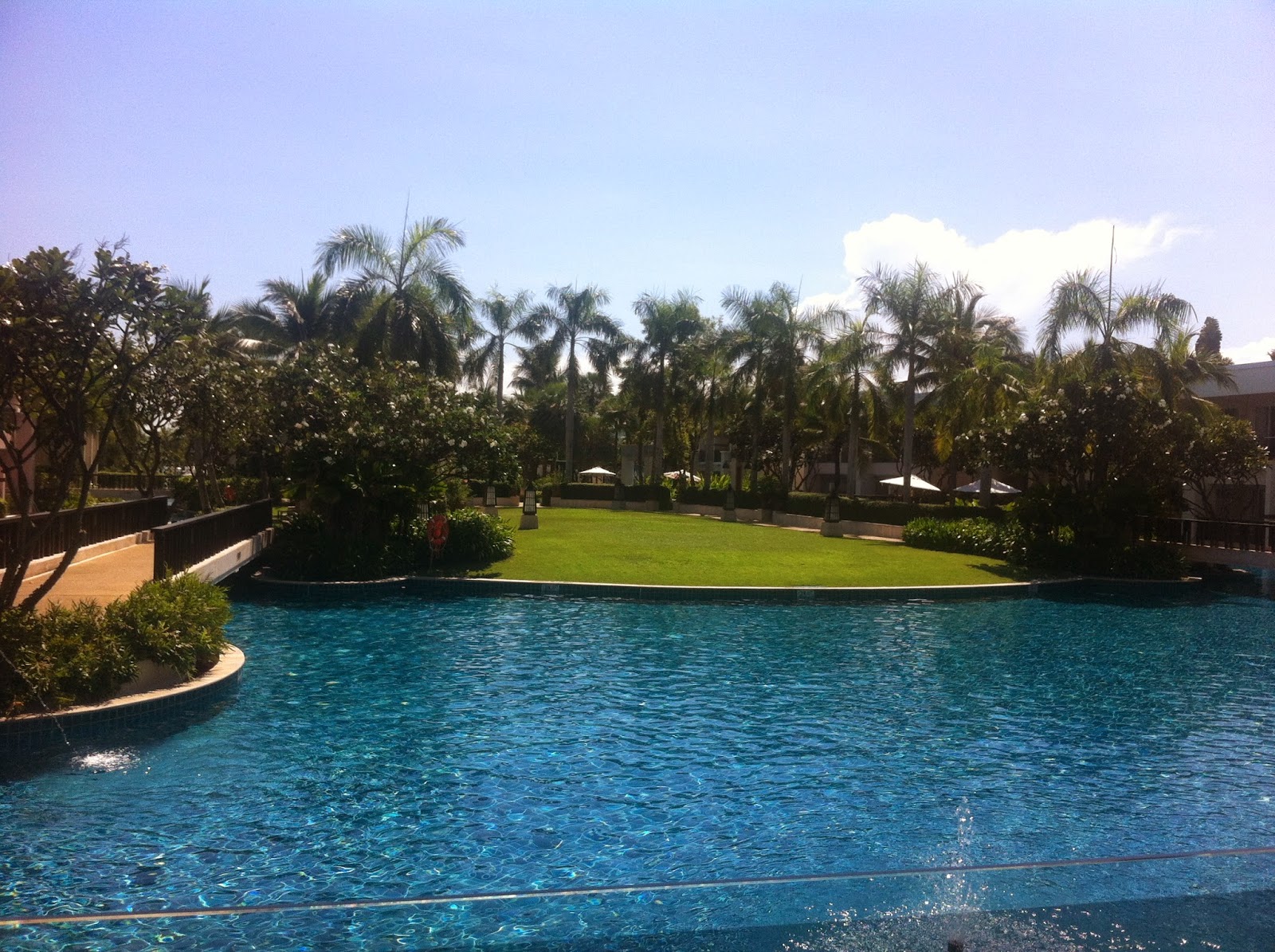 We stayed at the Sheraton resort! It was gorgeous and had a karaoke bar that we went to on our first night! On Saturday we went with a group of people into town. In this group where a bunch of rotary members from Australia! It was fun to talk to other english speakers!! We went shopping at the mall and got massages! The oil massage was waayyy less painful than the thai massage I got last time! On Sunday we went back home, well, back to my house anyway! Danielle and I spent the night watching the new movies we bought at the mall! 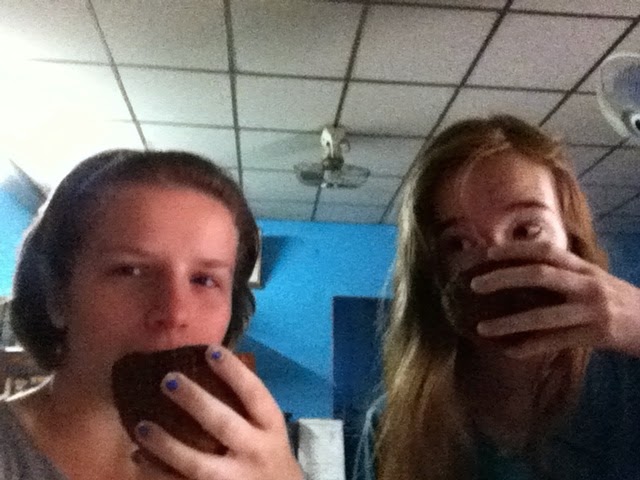 Since we brought the cocoanut we found back with us, we figured we should open it. After a few failed attempts, the housekeeper brought out a big knife and opened it for us! I think it was out of pity for our terrible failure at trying to open it by beating it on the ground! Then it was time for Danielle to go back to her house in Lopburi. It was a great 10 days especially since I had someone who knew exactly what I was going through and we could compare our experiences!


Next up I have two days of rest before I'm off again! I'm going to Koh Lipe (an island in southern Thailand) and Malaysia for five days! Can't wait to tell you all about it!
Posted by Unknown at 4:47 AM